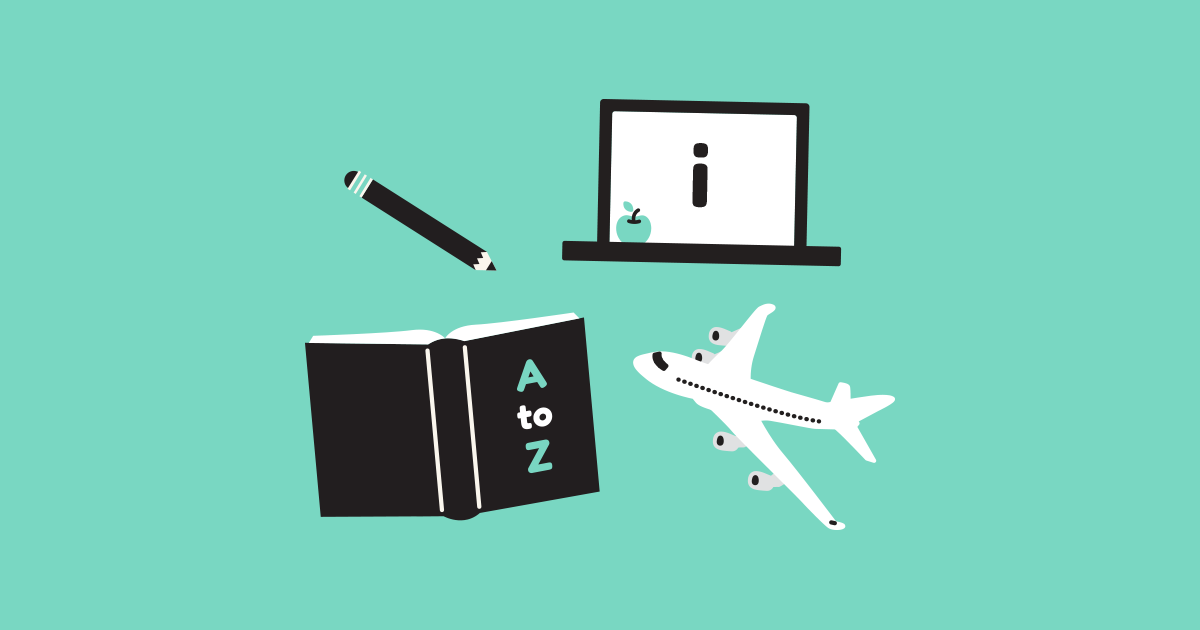 The United Nations dedicates a day every year to one of the organization’s six official languages: Arabic, Chinese, English, French, Russian, and Spanish. The purpose? To celebrate multilingualism and cultural diversity, and promote the equal use of these languages throughout the organization.

English Language Day is observed on April 23, which is also considered to be the birthday and date of death of William Shakespeare. His works serve as the first recorded use of more than 1,700 words in the English language, many of which were invented by the playwright himself.

In the spirit of celebrating the history, culture, and achievements of English, here’s a list of interesting facts about the language to share with students, including relevant activity ideas for the classroom. Be sure to also check out our new Famous Things lesson on The English Language (includes a video you can also view at the end of this post)!

1. English is the only language that capitalizes first-person pronouns

But nobody really knows why. The capital “I” first made an appearance in Old and Middle English. Then, the word for “I’ was closer to its German cousin, “ich,” which was often spelled “ic.” As pronunciation changed over time, so did the spelling, and the “c” was eventually dropped. The new word “i” was left lowercase until the 1300s when it appeared slightly taller in Chaucer's The Canterbury Tales.

The New York Times Magazine explains that, at first, distinctions were made between graphic marks denoting an “I” at the beginning of a sentence and first-person pronouns in mid-sentence. This is common in other languages, like French or Spanish, where personal pronouns are also capitalized when they open a sentence. In English, however, these variations were eventually dropped, leaving the all-purpose capital “I.”

According to Thesaurus.com, historians now offer two reasons for the continuation of this capitalization: it gives added weight to the pronoun used to describe the individual writer, and because “I” is the only single-letter pronoun in English.

Activity Idea:
It’s common nowadays for people not to capitalize “I” in informal writing, such as texts or emails. Why is that? Divide students into groups and have them debate the question.

2. English has "ghost words" and "nothing articles"

Do you know what a “dord” is? What about an “abacot”? These are examples of “ghost words,” a term first coined in 1886 by philologist Walter Skeat to describe “words which have no real existence.”

According to the publication Mental Floss, “abacot” was first printed in the second edition of Holinshed’s Chronicles (1587) and then made its way into Spelman’s Glossarium (1664). It took almost 300 years for the then-editor of the Oxford English Dictionary to discover that the word was actually a misspelling of “bycoket,” a cap or kind of headwear. By then, “abacot” had taken on a meaning of its own, referring to the stately caps worn by the ancient Kings of England.

“Ghost words” are not to be confused with “Nihilartikel,” which translates from the Latin and German to mean “nothing articles.” These are deliberately phony words employed by lexicographers to catch out potential plagiarists.

Activity Idea:
Let students play lexicographers for the day! Divide the class into pairs or groups and have each come up with their own made-up English word and definition for a new class dictionary. Display each group’s word to the class and have the other students guess what each means.

3. The longest word in English is 45-letters long!

If supercalifragilisticexpialidocious first came to mind, you’re not far off, but the word popularized by the 1964 Mary Poppins film is only 34 letters long. The longest word in the Oxford English Dictionary is pneumonoultramicroscopicsilicovolcanoconiosis―a chronic lung disease more commonly referred to as silicosis.

Honorificabilitudinitatibus, at 27 letters, is the longest word in English that features alternating consonants and vowels, and the longest word to appear in Shakespeare’s works (Love’s Labour’s Lost, Act V, Scene I).

The chemical name for titin is the longest chemical name in English at 189,819 letters long, although it is disputed as to whether this counts as an actual word or not. If said aloud, it would take more than three hours to pronounce correctly.

Activity Idea:
Now that students know the longest word in English, test their general knowledge with a fun superlative quiz! Prepare questions such as “What is the tallest mountain in the world?” or “Which country has the smallest population?” and have them compete in teams for the winning answers.

4. English is full of fun things like pangrams and palindromes

Wassamassaw is the name of a swamp in South Carolina, US. It is also an example of a palindrome―a word, phrase, or verse that reads the same backwards as it does forwards. The word, “palindrome” comes from the Greek roots "palin," meaning “back,” and "dromos," meaning “running.”

The longest English palindrome is the onomatopoeic “tattarrattat,” first coined by James Joyce in Ulysses (1922) to imitate the sound of one knocking on a door. Other examples of single-word palindromes include wow, racecar, kayak, and level.

Here are some examples of multi-word palindromes:

A pangram is a sentence or phrase in which all 26 letters of the English alphabet appear at least once. If each letter only appears once, it is called a “perfect pangram.” The word comes from the Greek root “pan,” meaning “all,” and “gram,” meaning “something written or recorded.”

“The quick brown fox jumps over the lazy dog” is a well-known example, but here are a few more:

Activity Idea:
Print free Mad Lib cards, or create your own, and have students see how many of the blanks they can fill in using only single-word palindromes.

5. English is the official language of air travel

Language barriers and miscommunications have caused some of the deadliest accidents in aviation history. That is why, in 2008, the International Civil Aviation Organization (ICAO) declared English as the standardized language of air travel.

Pilots, flight crews, and air traffic controllers must now pass an English language proficiency test to work in aviation. Mental Floss explains that applicants are required to know appropriate terminology, understand instructions in English over radio, and develop an accent that is “intelligible to the aeronautical community.”

Aviation English, as it is now known, consists of roughly 300 terms that are a combination of professional jargon and plain English.

Activity Idea:
Review the dialogues from our At the Airport: Part 1 and Part 2 lessons with students, then divide the class into air travellers and airport workers for roleplay practice. For added fun, organize some props for students to use, such as boarding passes, rubber stamps, clipboards, and passports.

6. English has over 160 different dialects

English is recognized as an official language in 67 countries, and for every place that it is spoken, there are different ways to speak it. As of January 2021, the International Dialects of English Archive has 1,570 samples in their collection.

Activity Idea:
Display maps, posters, or flags around the classroom to represent different regions or countries. Read out different words or phrases from different dialects, or use a free sound map, and have students walk around and decide which region or country they would hear it in.

7. The English language is constantly evolving

As globalization expands, the amount of loan words in English increases. The advent of the internet is responsible for many new additions too, as are other new inventions and technologies. As the world continues to evolve, old words take on new meanings.

Activity Idea:
Divide the class into pairs or groups and assign each a year. Have students use Merriam-Webster’s free, online Time Traveler tool to look up the words that first appeared in that year and present their findings to the class.

English may be one of the most difficult languages to learn, but its many complexities and oddities make it one of the most interesting too. What about the English language fascinates you and your students?