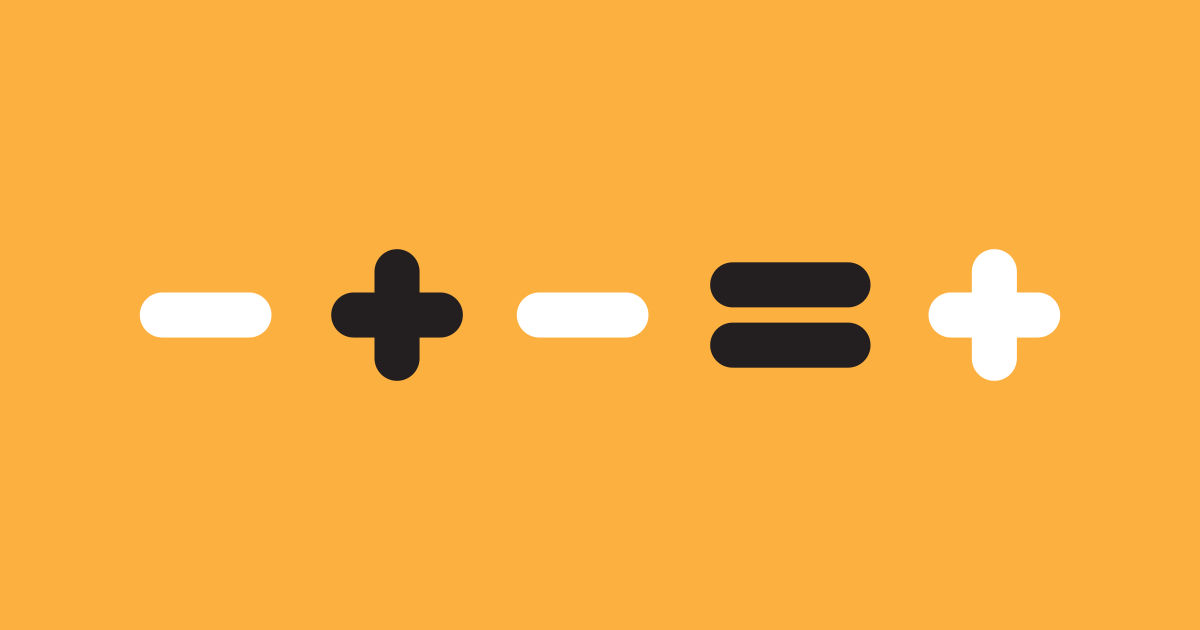 There will never be no love at all.

Double negative sentences are tricky and confusing. Not only do English language learners struggle with their meanings, but L1 speakers do too! Should we even teach this structure to our students? Let’s take a closer look at this particular sentence structure.

To Teach or Not to Teach?

Though double negatives once were common in Old and Middle English, they are not very common at all anymore. In fact, grammarians have frowned upon their usage since the 17th century, which is why we need to be careful when teaching them to our students.

Double negatives can create confusion and ambiguity, so the best advice is to avoid using them. However, our students may come across them from time to time, so I believe we need to teach them to higher‑level students at some point.

How Can We Use Double Negatives?

If we are going to teach our students about double negatives (and I think we should when they’re at a high‑intermediate level and above or if it comes up in class), we should cover three possible scenarios of usage.

A double negative can have a positive meaning.

A double negative can show a slight difference in meaning.*

*Note: Italics indicate where a speaker would normally place the emphasis.

A double negative can emphasize a negative meaning (especially in certain dialects).**

**Note: Sentences for this case are often considered to be grammatically incorrect.

Which Meaning Is Intended?

How can we tell which meaning is intended by the speaker/writer? It usually depends on the context of the conversation, which isn’t always apparent (and which is why double negatives are best avoided).

Sometimes intonation also helps us decipher the correct interpretation (e.g., emphasizing not in “you can’t not go” helps us determine that the meaning is “you have to go”). If you’re an ESL Library subscriber, you can play the audio for our Grammar & Usage Resource on Double Negatives to hear the intonation difference intonation for each use.

Some dialects are often apparent throughout the speech or text and are not only noticeable when a double negative is used. Though dialects make a language rich and varied, we might do well to remind our students that some usage is not considered “correct” by all speakers—while students might hear double negatives on TV, they should probably avoid using them during a job interview or in an academic essay, for example.

We recently had a request from an ESL Library subscriber for teaching tips and practice on double negatives in English after they came up in her classroom. We developed a Grammar & Usage Resource on Double Negatives that includes a reference chart and a practice exercise. If you’re not a subscriber, you can try some of the following activities:

For practice with use #1 above (two negatives equals a positive), put your students into pairs and have them write some double negative sentences (or write a list yourself to hand out to the class). Students can then pass their sentences to another pair. They should try to write the positive meaning. For example:

For higher‑level students, put them into pairs or groups and have them find instances of double negatives online, on TV, in the newspaper, etc. Have them decide what the use is (#1, 2, or 3 above) and get them to express what the meaning is.