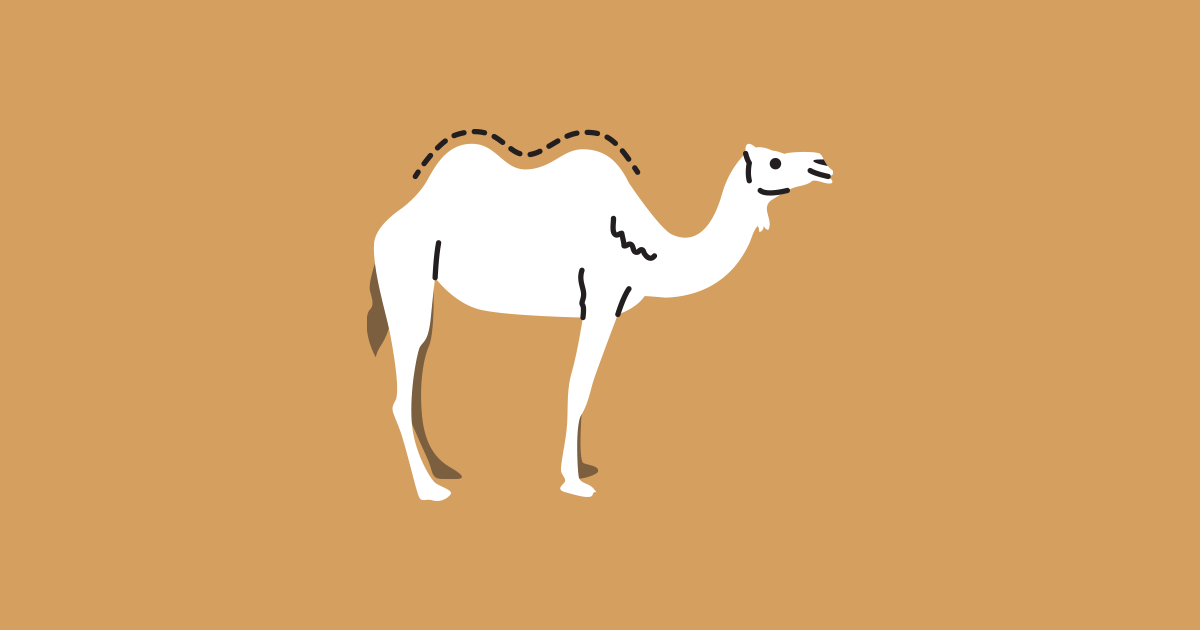 Uppercase, lowercase, ...CamelCase? With all the texting and tweeting out there, teachers would do well to become familiar with this modern capitalization technique to share with their students (or, more importantly, so that they know what the heck their students are talking about). Let's take a closer look at the formation and usage of CamelCase.

This fairly recent way of capitalizing, known as camel case, camelCase, camel caps, medial capitals, or CamelCase (my fave), is formed by adding a capital letter to the second noun in a joined compound noun. A preceding noun is also usually capitalized, whereas a single letter is not. This stylish term gets its name from the humps of a Bactrian camel (as demonstrated in the banner above). Recognizable examples include WordPerfect, FedEx, eBay, and iPhone.

Using CamelCase in company names has been the norm for a while now, but recently, hashtags, usernames, and other social media tools using camel case have been in the spotlight. Some benefits of using CamelCase include:

Facebook's use of CamelCase for hashtags is mentioned in Inverse Innovation's article, 'The Juiciest Bits From Facebook's 28-Page Guide on Trending Topics':

"The editorial team pays close attention to hashtags and attempts to make them as easy for users to comprehend at a quick glance as possible. The guidelines use the example of turning long hashtags into up style #teacherappreciationweek becomes #TeacherAppreciationWeek.”

Here at ESL Library, we often use CamelCase in hashtags such as #AuthenticMaterials, in URL links such as http://bit.ly/AffectEffectComparison, and in domain names such as SproutEnglish, and YumiClass. When and why do you use CamelCase?