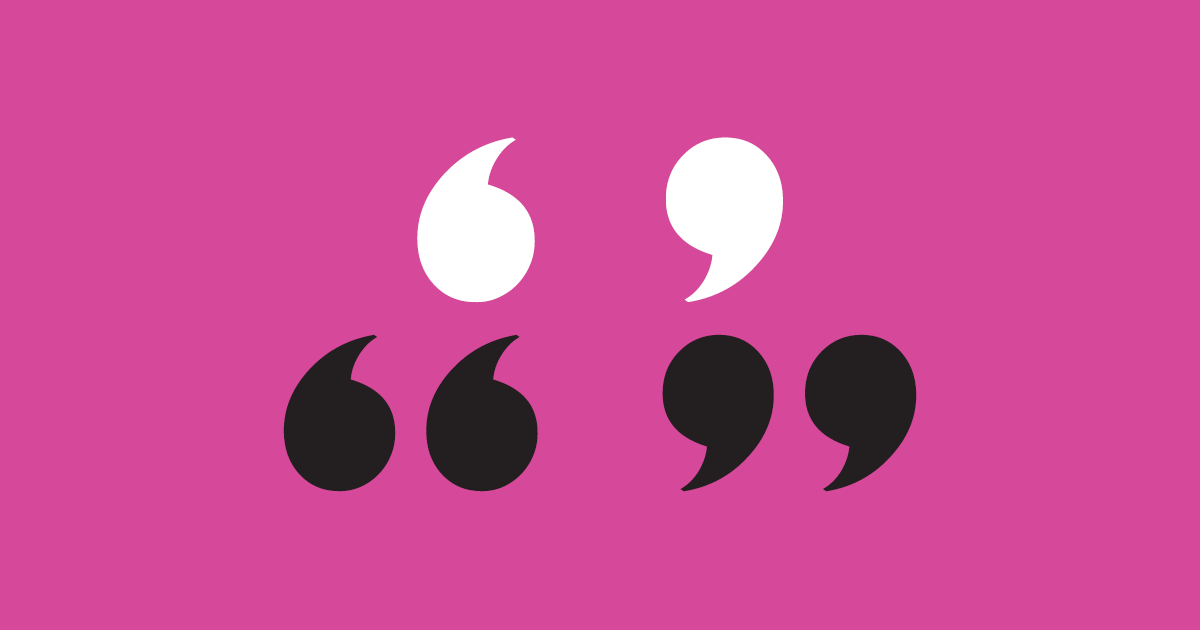 In general, double quotations marks are used far more often than single quotation marks. In fact, some people use single marks when they should be using double marks. When in doubt, double up!

This use is a no-brainer. When quoting direct speech in English, use double quotation marks.

Notice that direct speech is usually introduced with a comma. If your students need practice with comma usage, try our writing lesson: How to Use a Comma.

Many style guides (e.g., The Chicago Manual of Style) suggest using double quotation marks for song titles, titles of TV episodes, titles of poems, and titles of sections, features, or pages of a website.

Notice that these are titles that exist within another container, such as a song on an album, an episode in a series, or a section of a website. Try our writing lesson: How to Cite a Source for practice (from our Writing in English section).

Single quotation marks aren't used very often. In fact, their only common language use is to quote direct speech or emphasize a word(s) within quoted speech (to visually differentiate between the two).

American, Canadian, and British English all place other end punctuation (question marks, exclamation marks, colons, and semicolons) inside the quoted speech if it's part of the quote, and outside if it's not.

Quotation marks can be straight or curved depending on the font or application you're typing with. The general consensus is that curly quotes are preferred over straight quotes, but the main thing is not to combine the two types in the same document. There are some good examples of each on the Smart Quotes for Smart People website.