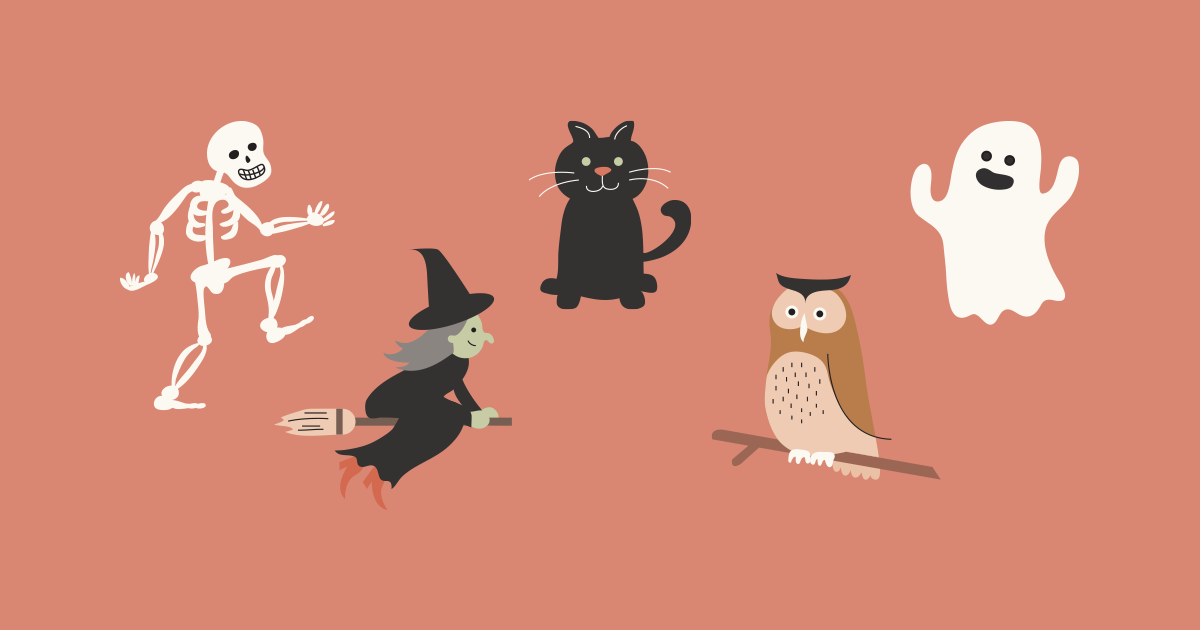 English can be scary!

Hyphens, apostrophes, differences between noun and verb forms...English vocabulary can be confusing for students and native speakers alike!

At this time of the year, Halloween vocab will probably be a part of your classes, so I’ve made a list of some confusing Halloween words to go over with your students. If you need ideas on how to present or review new vocab, check out my 4 Ways to Teach New Vocab and 4 Vocab Review Activities blog posts.

The idea for this blog post came when I was editing our Halloween lessons last week. “Jack O’ Lantern” was spelled using capital letters in the lessons, and I figured I’d better check to make sure that was standard. Much to my surprise, not only did “jack-o’-lantern” not use capital letters, but it also uses hyphens, according to both Merriam-Webster's and the Oxford Canadian dictionaries.

Tricky, right? Now, you might be thinking, “Who cares about hyphens?” It’s true that mistakes like these aren’t the end of the world, since the meaning would still be clear in most cases, but why not teach your students the correct forms from the get-go? After all, it could be a little embarrassing if your students checked their dictionaries and pointed out your misspellings...best to be prepared!

Here are some of the trickier words I’ve come across, spelled and punctuated according to Merriam-Webster’s Collegiate Dictionary (11th edition) and the Oxford Canadian Dictionary of Current English:

This word shouldn’t use caps and should use hyphens. If you think that using an apostrophe followed by a hyphen looks very strange, you’re not alone! It does looks strange...spooky, even!

According to Merriam-Webster's, the noun form doesn’t use hyphens, as in the following example:

The verb form uses hyphens, as in the following example:

No spelling change for this word, but you might want to point out that the noun and the verb have different meanings. The noun means a place where one likes to hang out/spend time, as the following example demonstrates:

The verb refers to a ghost or spirit that stays in a certain place, as in the following example:

The adjective form is “haunted,” and it has the same meaning as the verb.

The plural form of “candies” is spelled with a “y” in the singular form. This is very common in English, so your students might not understand why we can’t say “one zomby.” Point out that the singular “-ie” ending is an exception.

Students are used to seeing the word “which” in sentences such as “Which one would you like?” and “That building, which is really old, is a landmark.” Point out that the Halloween term for a sorceress is spelled “witch.” You can demonstrate the difference in the following example:

I’ve seen many students get these two words confused. Explain that the spelling, meaning, and pronunciation are all different for these two words. “Costume” is an outfit that people wear on Halloween to disguise themselves, as in the following example:

“Custom” is a tradition or habitual action that people do, as in the following example:

For more practice with Halloween words, and to access some ready-made Halloween lessons, check out ESL Library’s Halloween Collection.